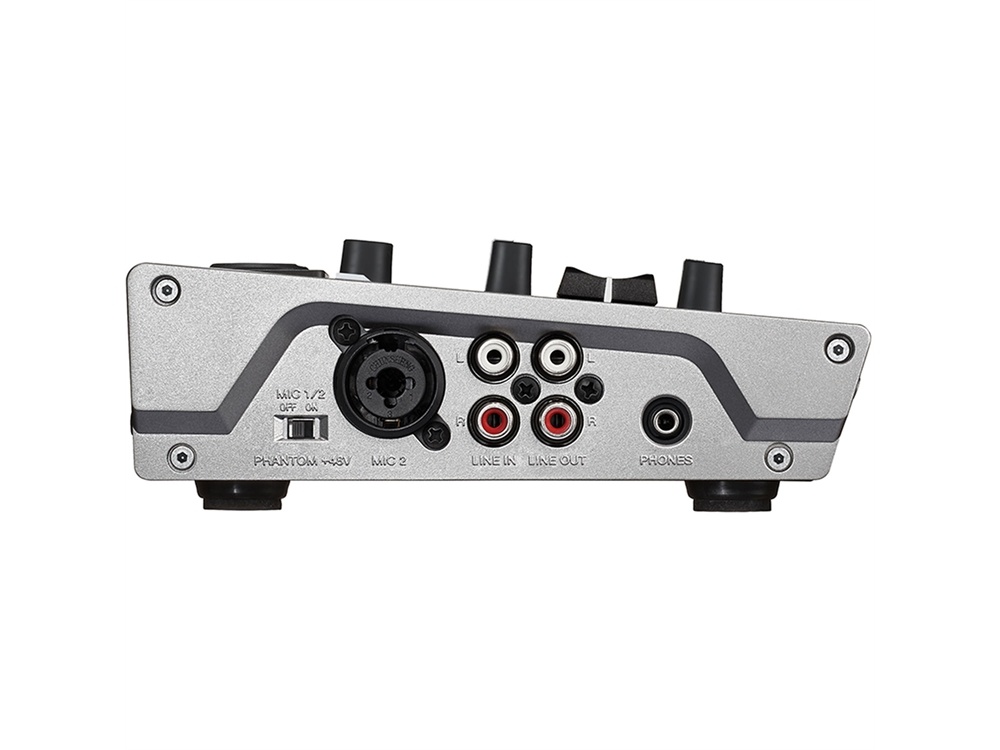 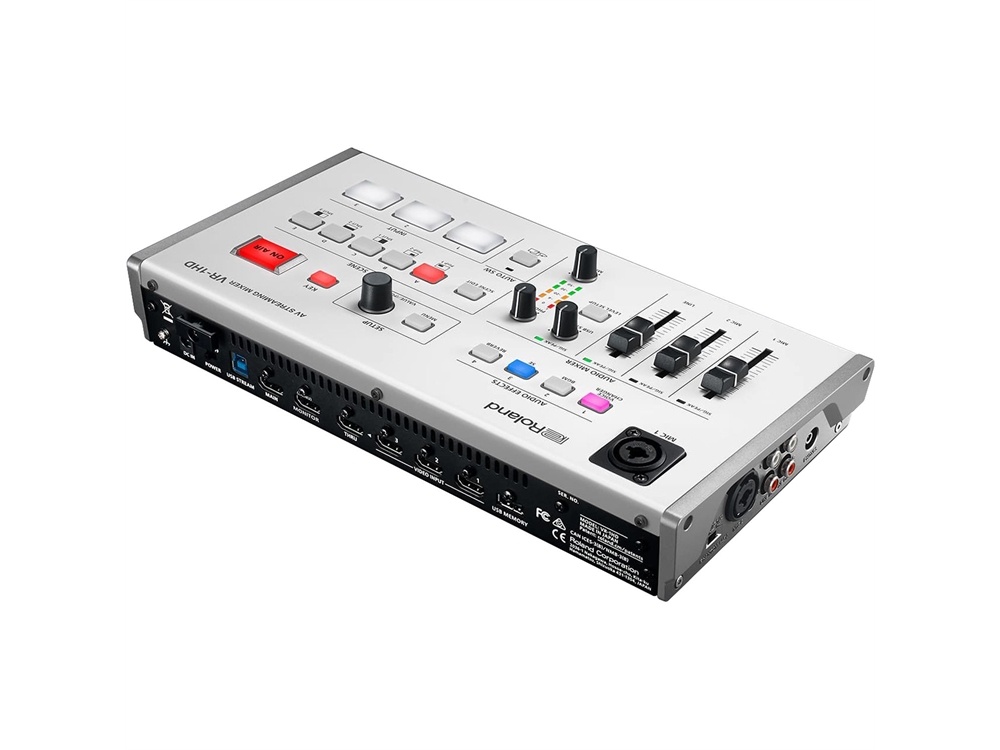 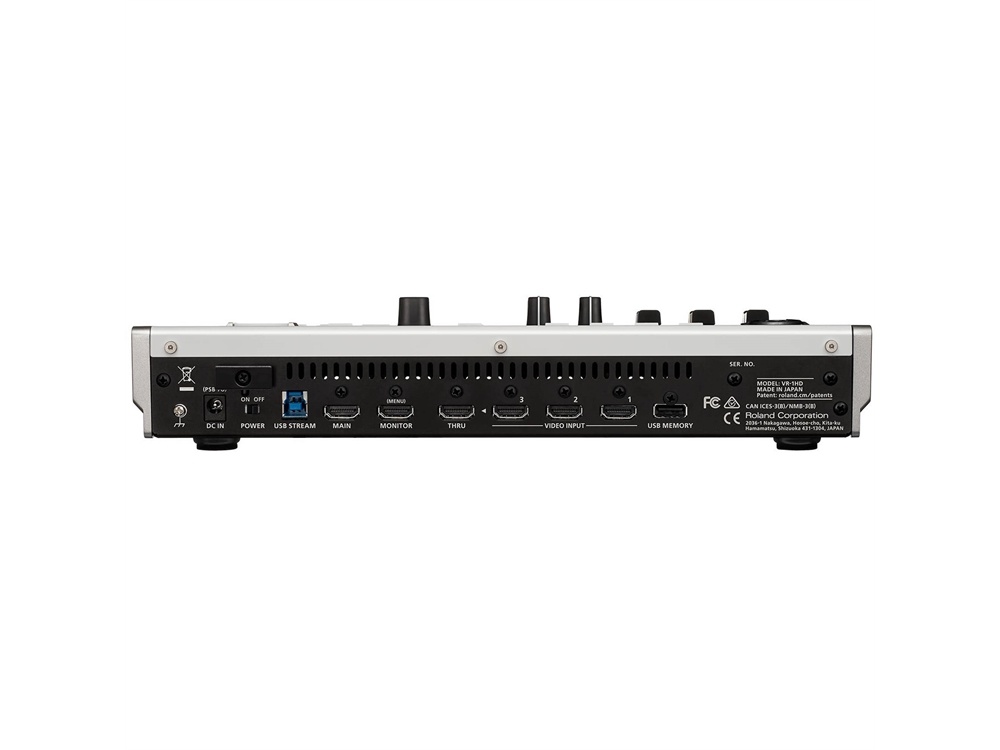 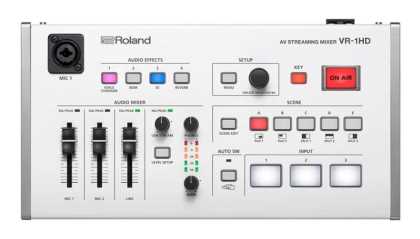 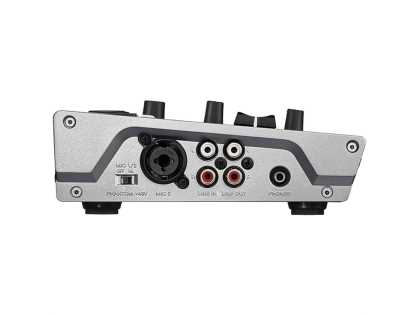 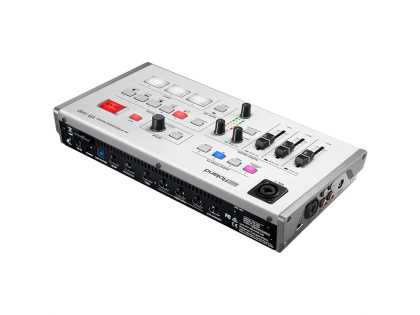 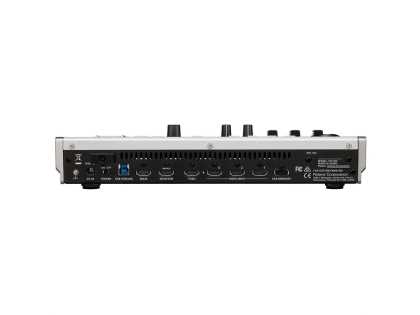 PWe usually sell this packaged with a wireless microphone and some technical training to get you started but it is also easy to use off the shelf. If your training room already has mics and display screens thenwe can interate it straight in for you.

The Roland VR-1HD AV Streaming Mixer lets you broadcast dynamic multi-camera livestreams, complete with amazing picture and sound that easily outshines ‘standard’ livestreams from a mobile phone or static webcam. Whether you’re a creator, gamer, commentator or presenter, it’s the easy way to livestream with high production standards. And since you’re going to get more comments, ensure they’re good ones with the VR-1HD.

Your ‘plug and play’ broadcast studio
The VR-1HD has three “worry-free” HDMI inputs, and each one accepts a variety of HD and computer-based video resolutions. This lets you connect, switch and stream different sources including cameras, presentations, gameplay and even smartphones and tablets without having to think about it. The audio from these sources can be blended with the two studio-quality XLR microphone inputs and dedicated line input. Best of all, as the VR-1HD is designed for live broadcasting, its dedicated controls and top-mounted mic input (with gooseneck mic) let you go hands-free and headset-free while livestreaming.

Switch to superior livestreams
When preparing a video for uploading, your editing software can add some impressive layering options, including professional transitions that make ‘live-switched’ videos look boring by comparison. The VR-1HD has built-in Scene Switching to instantly jump between scenes that contain preset arrangements of layered sources, displayed within customizable inset windows. Set-up the scenes in advance and recall them via the five scene preset buttons, to make your livestreaming way more interesting.

Video director inside
When you’re presenting a livestreamed vlog or nailing a live music performance, you’d normally need another person to help switch cameras. The VR-1HD lets you go it alone with three Auto Switching modes that take the strain once the broadcast begins; the VR-1HD switches cameras based on who’s speaking into their microphone. If both people talk at once, or if no one is speaking, the VR-1HD can switch to a wide shot showing both presenters. Start playing music and the VR-1HD will switch to different camera inputs based on your playing tempo or the music in your DJ performance – letting you act as your own VJ. For extended live streams with no operator, set the VR-1HD to switch between sources in a pre-defined order, or randomly, at your chosen rate of time.

Audio engineer inside
Put audio on auto-pilot and relax, thanks to the VR-1HD’s Auto Mixing function. Just like having a sound engineer, you can ensure that different audio inputs aren’t competing, while also checking that the sound remains balanced. You can even set certain inputs to take priority so when the host starts to speak, the other audio levels are automatically reduced. Audio from your input sources can automatically change when you switch video sources, by engaging the Audio Follows Video function – one less thing to worry about during your livestream.

Sound like your best self
Nobody talks about good sound when watching a live stream but they sure notice when its bad. Pros use sound “equalizers” to balance the highs and lows of the audio, “gates” to keep open mics quiet unless someone is speaking and “compressors” to balance out changes in volume when speaking or singing. These are all in the VR-1HD to make sure everyone sounds their best on air along with reverb if someone is inspired to sing and needs a little ambience.

Need any help or advice?

We're always available to offer advice on any of your requirements or orders.
Just drop us a line, or leave us your: 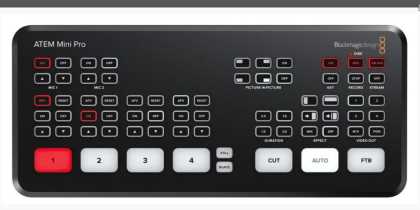 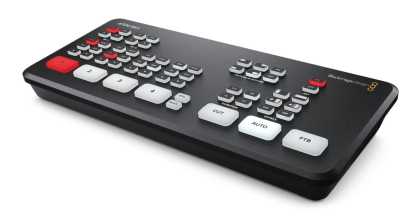 Product not added to cart